Congratulations to the following player selections.

Players who sign up participate in games spread out over 2-3 days. Evaluators from the Mid-West region select players to advance to the next level/step.

Some players selected from step #1 will attend the Central District Bantam Camp & other Mid-West programs.

Step #3: USA Hockey National Development Program
The players selected from the Central District tryouts (step #2 above) go on to participate in development events and festivals organized and provided by USA Hockey.

Players from the Central District tryouts advance into the USA Hockey NTDP. The NTDP includes Festivals and Development camps from which players for the USA Hockey 17U National teams are selected.

Players selected from the Mid-West Select Camp move on to:

Players from Mid-West, Illinois, Wisconsin, and Missouri compete at the Central District tryouts for a spot on a USA Hockey Festival team or to attend a USA Hockey Development Camp. At Central District tryouts, players who advance from the Mid-West Select Camp are placed on a tryout team. Competitors and teammates will include players from Wisconsin, Illinois, and Missouri Tier I AAA teams.

08's will be selected to attend the District Bantam Camp from the Mid-West tryouts. Skaters from the entire group of camp attendees will be chosen to attend the National Development Camp.

From the Mid-West Select Camp, players will be selected to attend a one week Camp to be held at the Iowa State University facilities in Ames, Iowa. This camp is put on by the Central District, and coaches/instructors can include USHL/College coaches, former Pro/College players, and USA Hockey staff.

Players selected at the Bantam Camp move on the USA Hockey Development Camp.

The Program starts on a regional level where talented players are identified and asked to move on to the district level to compete for a position on the District Select Team. The District Team competes in a festival style competition against the other nine USA Hockey districts teams. This process is highly selective and produces intense, high tempo competition and elevates the play of participants.

The selection process starts at the regional or affiliate level. Mid-West Hockey creates several teams from pre-registered skaters that compete in a two-day round robin competition. Players age 14, 15, 16, and 17 get the opportunity to compete for an allotted number of positions specified by the Central District. The best skaters will be offered the opportunity to repeat the process at the district level. The district venue is generally located in the Chicago metropolitan area. At the 14-year-old age group, USA Hockey offers a truly developmental experience. This age group does not participate in a festival competition. Rather, these younger skaters receive instruction from some of the best coaches in the country. For 15, 16, 17, the district camp produces the Central District Team that competes in a festival style competition later in the summer at Ann Arbor, Michigan or St. Cloud Minnesota.

The competition is tough and the allotments are few, but opportunities are many. For instance, many participants will have the opportunity to compete for positions in the In- District Bantam Camp that is held at Ferris State University. Additionally, participants are exposed to coaches of midget, junior and college teams who frequently attend these events. Many quality players that were not selected at the district level have secured other playing opportunities by exposure received through the select camp process. Ultimately, development is the key objective of the select process. Exposure is a reality of the process, and players not only get to compete for best district team in the United States, but also showcase their skills to NHL and college scouts. Once again, it is a wonderful opportunity to showcase skills and participate in the Olympic development process. 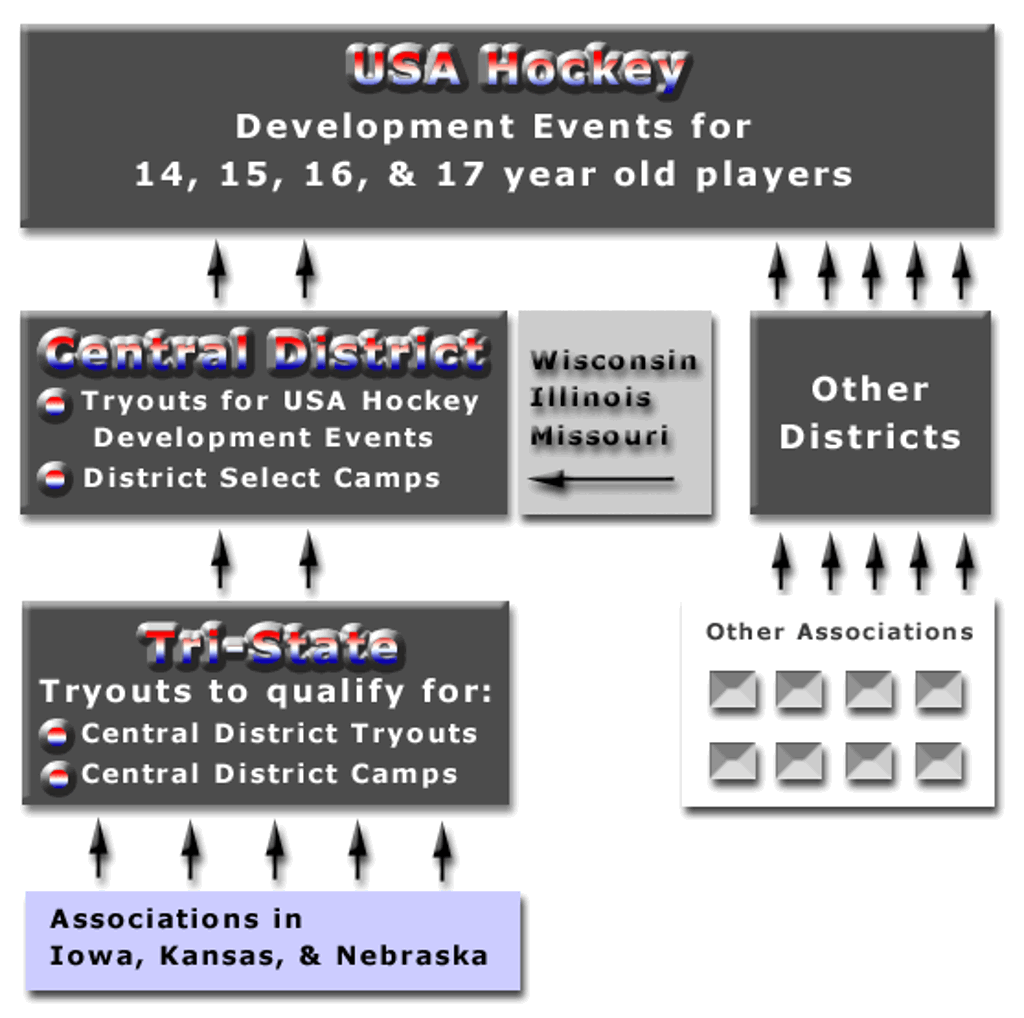